Scenes from a
Northern Crossroad:
China and Russia in the Arctic 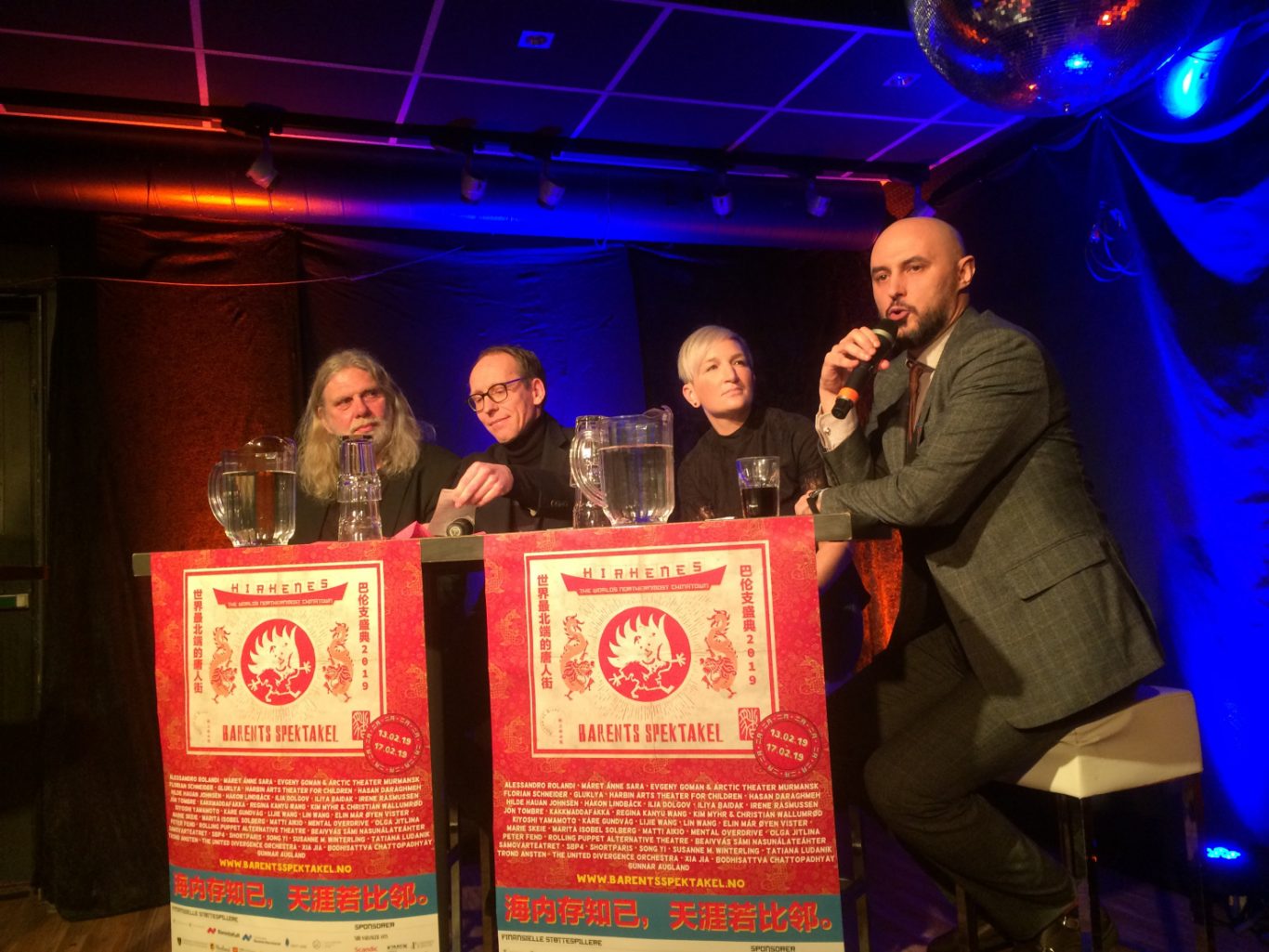 This year’s Barents Spektakel event in Kirkenes was dedicated to transforming the city into the ‘world’s most northern Chinatown’, complete with cultural events, art, music and literature readings, as well as public seminars to discuss the expanding role of China in the Arctic.

Slightly more than two years have passed since diplomatic relations between China and Norway were restored in the wake of the 2010 Nobel Prize Incident, and the two states have sought to make up for lost time by restarting free trade negotiations and encouraging cultural and educational links.

However, it is difficult to examine Sino-Norwegian relations without bringing in the two countries’ mutual neighbour, Russia, especially since the expanding Arctic policies under Vladimir Putin have had considerable effects on both Beijing and Oslo. One of the keystone seminars at the Spektakel this year was therefore focused on how and why developing cooperation between China and Russia in the Arctic would affect not only Norway, but the entirety of the circumpolar north.

The public panel discussion ‘China + Russia’, organised by the Kirkenes-based Barents Secretariat and the Utsyn – Foreign Policy and Security Forum, brought together specialists from around the region, including Maxim Belov, Deputy of the Murmansk Regional Duma, (Murmansk being only a three-hour drive away from Kirkenes over the northern border) and Guro Brandshaug, the Managing Director of the Kirkenes Næringshage [in Norwegian] (Business Garden). Also on the panel was Arne O. Holm, a regional journalist and Editor-in-Chief of the English and Norwegian news service High North News, and Professor Øystein Tunsjø with the Norwegian Institute of Defense Studies, Center for Asian Security Studies, in Oslo. The quartet was tasked with the challenging job of analysing the scope of Sino-Russian relations in the far north, a subject which included bilateral diplomacy, economic cooperation, and strategic concerns.

There has been no shortage of developing Arctic projects in Russia with which Chinese interests have linked, including construction projects, seismic mapping, and the ambitious Yamal liquefied natural gas facilities in Siberia, with China being praised not only for its eagerness to invest but also the ease of developing business cooperation. There has also been much enthusiasm for growing Chinese tourism in both the Russian Arctic and in Northern Norway. All of these endeavours have been tied in various ways to an emerging ‘Ice Silk Road’, which by mid-2017 had been formally tied to Beijing’s greater ‘Belt and Road Initiative’ (BRI), a series of trade routes connecting China with key regions including Africa, the Middle East, South Asia, and to an increasing degree Europe.

Russia is also a major partner for the BRI, especially in the Arctic, given that much of China’s interests in that region connect with Russia in myriad ways, particularly related to Beijing’s hopes of building a more formal maritime transit conduit to Europe via the Russian Arctic. There was much talk in the panel discussion, and throughout the entire Spektakel, about the potential benefits of increased sea trade via the ‘Northern Sea Route’ (NSR), which could lead to numerous spinoff projects in the Russian and Nordic Arctic. These potentially include port expansions at Arkhangelsk and Kirkenes, and a planned Arctic railway connecting Kirkenes and Rovaniemi which could in theory be used to complete a rail link all the way from Northern Europe to China. This would provide a secondary transport means for emerging mining interests, and a tunnel project which could link Estonia and Finland.

A question was raised, however, about whether China’s economic power, coupled with the economic ostracism of the Russia by the West, left Russian regional interests ‘trapped’. However, that was countered by the statement that ‘Russia is not in Europe, it is not in China. It is Russia,’ and that Moscow was capable of juggling numerous foreign policy challenges at once. It was added though that Russia was benefitting from the introduction of Chinese culture, including in the Arctic regions, and that Russian culture was also thriving in China.

Not all of the panellists were optimistic, however, about the Ice Silk Road becoming a reality, noting the still considerable logistical challenges in building sea and land links over such a large and formidable region. The question of to what degree the Arctic was really a Chinese foreign policy priority was also introduced, but there was a counterargument that even if the Arctic was tenth in priority for Beijing, that still represented a major commitment given China’s overall size and economic power. As well, there have been concerns expressed in Norway and elsewhere in the European Arctic about the growing strategic closeness of Chinese and Russian interests, and there is also the question of how deep Sino-Russian trust actually goes. China’s economy has advanced well beyond Russia’s, and Moscow has traditionally been very sensitive about its Arctic sovereignty.

One speaker added that Norway and Russia were in agreement that neither government wanted to see China become the dominant power in the Arctic. However, it was also suggested that China and Russia would prefer each other to be partners, especially given their mutual concerns about American policies. A window of opportunity may have also opened for both powers in the Arctic as a result of perceived US negligence, with one speaker even going as far as to say that the administration of Donald Trump ‘does not care about the Arctic’.

As the panellists discussed, where does the Sino-Russian partnership in the Arctic leave Norway? There was the thought that the traditional Norwegian place at the steering wheel of Arctic affairs was not as assured as it once was. Another concern was that there needed to be distinction between policymaking in the capitals of the three states, and the interests of the communities, including in the border regions, within the Arctic itself.

All of the main actors in the Arctic, it was agreed, needed to be wary of misunderstandings related to the Sino-Russian partnership, and take note of business opportunities which were appearing because of this cooperation. Another hurdle for Norway, however, has been the Western sanctions which were levied against the Putin government after the annexation of Crimea and the fighting in Eastern Ukraine (Donbas) since 2014. The sanctions remain unpopular in Northern Norway due to the hit on local businesses, and it even came up in the panel that there was a ‘populist view’ that the sanctions should be lifted.

Finally, the question of Svalbard was also raised, given its distinct international legal status but also its geographical importance as a jump-off point for much of the Arctic Ocean. China has maintained a research station at Ny-Ålesund since 2003. It was also noted that the centenary of the creation of the Spitsbergen Treaty which defined the legal rights of Svalbard was taking place in 2020, but that there were no concrete plans in Oslo to observe that milestone, adding to discussions in the panel about a north/south divide in Norway as it pertained to Arctic policymaking.

One idea on which the panellists all agreed was that China’s developing presence in the Arctic was beginning to transform many parts of that region, and that further discussions about the Arctic would most likely continue to involve China, a point to which both Norway and Russia are beginning to pay greater attention.