Introduction
Potential future conflicts in Europe will be dominated by a hybrid form of warfare that in addition to engaging traditional military objectives, will target populations with the aim of creating instability. Aggressors employing hybrid warfare tactics may be state- or non-state actors. Civilian loyalties, values, and politics are central to hybrid warfare, beleaguered by state or non-state actors attempting to exacerbate existing vulnerabilities, disrupt order, and create conflict.

Understanding the importance of identifying and understanding hybrid threats, and preempting hybrid warfare attacks, NATO and the EU have signed commitments to work together to counteract this category of attacks (NATO EU Joint Declaration, further revised in 2017). The NATO approach to hybrid warfare relies heavily on the notion of resilience. Key NATO documents in fact define security as ”resilience” and outline a strategy around seven ”baseline” requirements for maintaining a resilient civil-military campaign. These baseline requirements are critical to national and EU/NATO regional security. But they reveal a significant gap between institutional preparation and awareness of civilian agency, as the baseline requirements are based on a top-down, institutional approach, strengthening only institutional structures (EU, NATO, individual states).

Gap in knowledge
This research project, named Resilient Civilians, addresses this gap in knowledge with a new approach to civil-military interaction. Civil-military interaction refers to the range and nature of contact, coordination, and/or cooperation between national (local) and international (foreign) civilian (ranging from government officials to NGOs both humanitarian and development, to local populations) and military actors in crisis situation. This umbrella concept includes many different concepts, doctrines and relationships, from “Comprehensive Approach” and “counterinsurgency” (COIN) to “Civil-Military Cooperation” (NATO CIMIC) or “Civil-Military Coordination” (CMCoord-UN) and communications between non-governmental organizations (NGOs) and military actors, from military commanders talking with local and regional governors, to female soldiers connecting with female civilians. These concepts have developed significantly with the turn towards “population-centric” operations, since the 1990s, whereby the role of civilians in conflict has been acknowledged as crucial to the success or failure of an operation. The proposed methodology involves the design of an analytical tool based on a combined multi-actor security and civil-military interaction matrix – the Civil-military Multi-actor Security & Resilience (CMSR) model. It prioritizes the role of civilians, and civilian agency, in crisis and conflict scenarios.

This study will extend the CMSR theoretical approach to studies of population centric and civil military operations, such as the Balkans and Afghanistan. The collection and analysis of lessons from these operational spaces will be reinforced by new data and qualitative research applied to hybrid warfare situations in the European space. Case studies within EU (and Ukraine) will examine the roles of multiple identities (cultures, gender, race, etc.) as well as touch on the role of media and socio-technical networks, which play significant roles in the potential for hybrid threats. At the same time, we will critically revisit and analyse the assumptions embedded within terms such as “hybrid” and “civil-military”, and how these characterize civilians, aggressors, political opponents, etc to move towards more continually more effective/reflective terminology. Cross case comparisons and inter-sectorial cooperation will lead to policy recommendations. The research will increase our knowledge of the role of civilians in crisis and conflict scenarios in Europe; we will simultaneously use this knowledge to develop civil-military tools and skills for institutional actors within NATO and the EU to help reduce the potential harm caused by hybrid threats and/or inadequate or misplaced institutional measures.

The Resilient Civilians project makes important contributions to research and policy, providing insights into the role of civilians in complex population centric/hybrid scenarios for EU and NATO operations. It will help strengthen trust between civilian actors and institutions and NATO/EU resilience baseline requirements.

The deliverables of the project will include:

The research is sponsored in part by the NATO Science for Peace and Security Programme under grant SPS G5442, as well as supported by all the participating institutions.

Resilient Civilians is a research project led by UiT The Arctic University of Norway, and is partly funded by the NATO Science for Peace and Security (SPS) Programme, as well as by the partner institutions. Please feel free to contact us for any questions and comments. 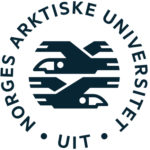