How Norway and Russia avoid conflict over Svalbard 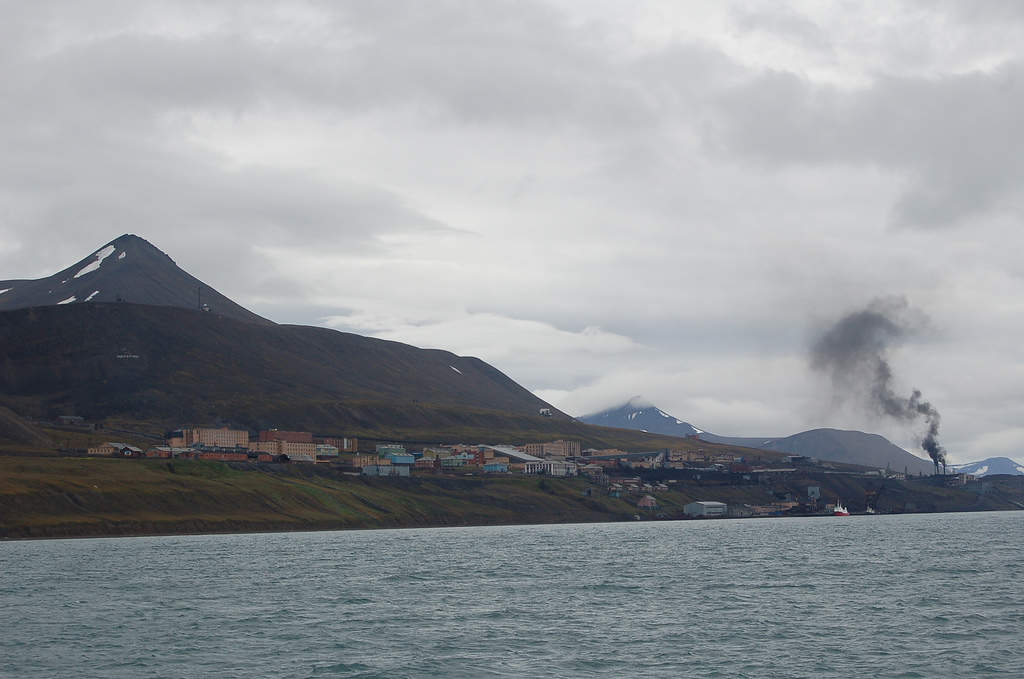 In 1977, Norway established a maritime Fisheries Protection Zone (FPZ) around the Arctic Archipelago of Svalbard. Norway avoided claiming an outright Exclusive Economic Zone (EEZ) fearing it would be challenged due to stipulations (or lack thereof) concerning extended maritime zones in the Svalbard Treaty from 1920.1) A dispute with Russia over the status of the Zone arose, although the two countries quickly agreed to disagree as long as Russian fishermen would have access to fisheries in the Zone.

In the late 1990s, Norwegian fisheries enforcement in the FPZ became stricter, in tandem with declining fish stocks and fear of considerable illegal, unreported, and unregulated (IUU) fishing in the Barents Sea. This led the Norwegian Coast Guard to attempt to arrest Russian fishing vessels on several occasions, resulting in reactions from Russian fishermen, as well as officials in Murmansk and Moscow.2) In 1998, 2001, 2005, and 2011 specifically, incidents had the potential to escalate beyond a fisheries issue.

Today, the risk of events spiralling out of control in the FPZ remains a primary concern for both the Norwegian Coast Guard and the Norwegian Ministry of Defence. Echoing these fears, in 2017 the Russian Defence Ministry deemed Svalbard a potential area for future conflict with Norway, and in consequence NATO.3) Given the potential volatility of events in the FPZ, how do Norway and Russia manage to avoid escalation in the case of a crisis? Two intertwining relationships are integral to answering this.

Interest alignment
First, cooperation can be the product of discord. In other words, states cooperate when they disagree. Sometimes institutions are needed to overcome the self-help tendencies of the international system. Along this line of argumentation, cooperation between Norway and Russia concerning shared fish stocks, oil spill response, search and rescue, and ship traffic management are formalised arrangements set up to manage potential areas of discord. Along the same line of argumentation, the Barents Sea maritime boundary agreement in 2010 was a result of interests between the two states converging sufficiently.4)

In other words, the reason why Norway and Russia manage to keep crises from escalating further is mutual interest in preserving aspects of their cooperation; cooperation that benefits both parties. This relates to multiple issue areas. Concerning resource management, Russia is assumed to be satisfied with the current quota scheme, in contrast to what might be achieved if an actual debate over the status of the FPZ took place.5) Concerning the UNCLOS-regime, both parties benefit from a stable legal regime in the FPZ specifically, but also in the Arctic at large.6) And concerning national security, both parties have an interest in low levels of conflict for fear of coercive efforts by other actors within and outside the Barents/Arctic region.7)

The interests that drive cooperation might, however, be subject to change (over time). We can see changes taking place within all the issue-areas addressed: as climate change continues to alter the marine resource base in the Barents Sea; as external actors challenge the validity of the UNCLOS-regime in the Arctic; or as the power relations between various actors fluctuate. The institutions set up to manage cooperation are also challenged and questions of institutional resilience become salient: how will cooperative mechanisms adapt as conditions influencing the premise for cooperation change?8)

For example, as Norway and Russia struggled to reach agreement on a reduction of annual quotas for the Barents Sea in the early 2000s, several institutional measures were taken. In 2002, a harvest control rule was introduced in the Joint Fisheries Commission to set quotas according to scientific advice while also limiting fluctuations from year to year. This has been described as the most important change in the work of the Commission, removing a source of friction between the two states (which had spill-over effects into the FPZ).9)

Talking to your neighbour
Second, as emphasised by officials in the Norwegian Coast Guard, former Coast Guard officers, and multiple scholarly works written on the management of shared fish stocks in the Barents Sea, personal contact between individuals constitute a core element of conflict management in the Barents Sea. The importance of dialogue during a crisis is given much credit for solving incidents between the Norwegian Coast Guard and Russian fishing vessels. This includes communication between the Coast Guard and Russian trawlers (including the use of Russian interpreters); between the Norwegian Joint Military Headquarters and the Chief of the Russian Northern Fleet at Severomorsk; and between the negotiating groups in the Joint Fisheries Commission.

Having various means of communicating, and keeping channels open as a crisis is unfolding, constitute central elements in the management of conflict in the FPZ. This can be linked to the notion of ‘track two diplomacy’, albeit without an immediate large-scale international crisis as an impetus. Still, instilling so called low-level or ‘soft’ dialogue in addition to other more formal channels of communication, have – in this case – provided an effective approach to conflict management.10)

This concerns the larger concept of personal relations, as social contact between two or more individuals representing different sides in a dispute. The theory of socialisation emphasises not only the communication component, but also the fact that a change occurs between the parties. Norms (expected behaviour) socialise (change) actors according to a logic of appropriateness.11) By interacting regularly with the same individuals on the same issues (fisheries, quotas, inspections) over time, mutual understanding emerges as the individuals themselves better comprehend the position of the other party.

This article does not attempt to outline a monocausal explanation for success in maritime dispute management. Instead, the aim is to showcase how multiple explanations emphasising different aspects of conflict relations contribute to the outcome. In sum, several factors concerning the dispute in the Svalbard Zone help explain why it has been managed adequately in the context of a larger quarrel.

Looking ahead, the writing on the wall is relatively clear: to maintain low tension in the zone around Svalbard, Norway and Russia need both be aware of the factors that keep their relations civil. Upholding dialogue between the two countries’ coast guards regardless of fluctuating international relations is crucial. So is establishing and re-developing cooperative mechanisms such as the Joint Fisheries Commission, as the resource situation in Arctic waters might change.

This article was first published by The Arctic Institute, 19.06.18. The article is based on a longer peer-reviewed article published by Arctic Review on Law and Politics.