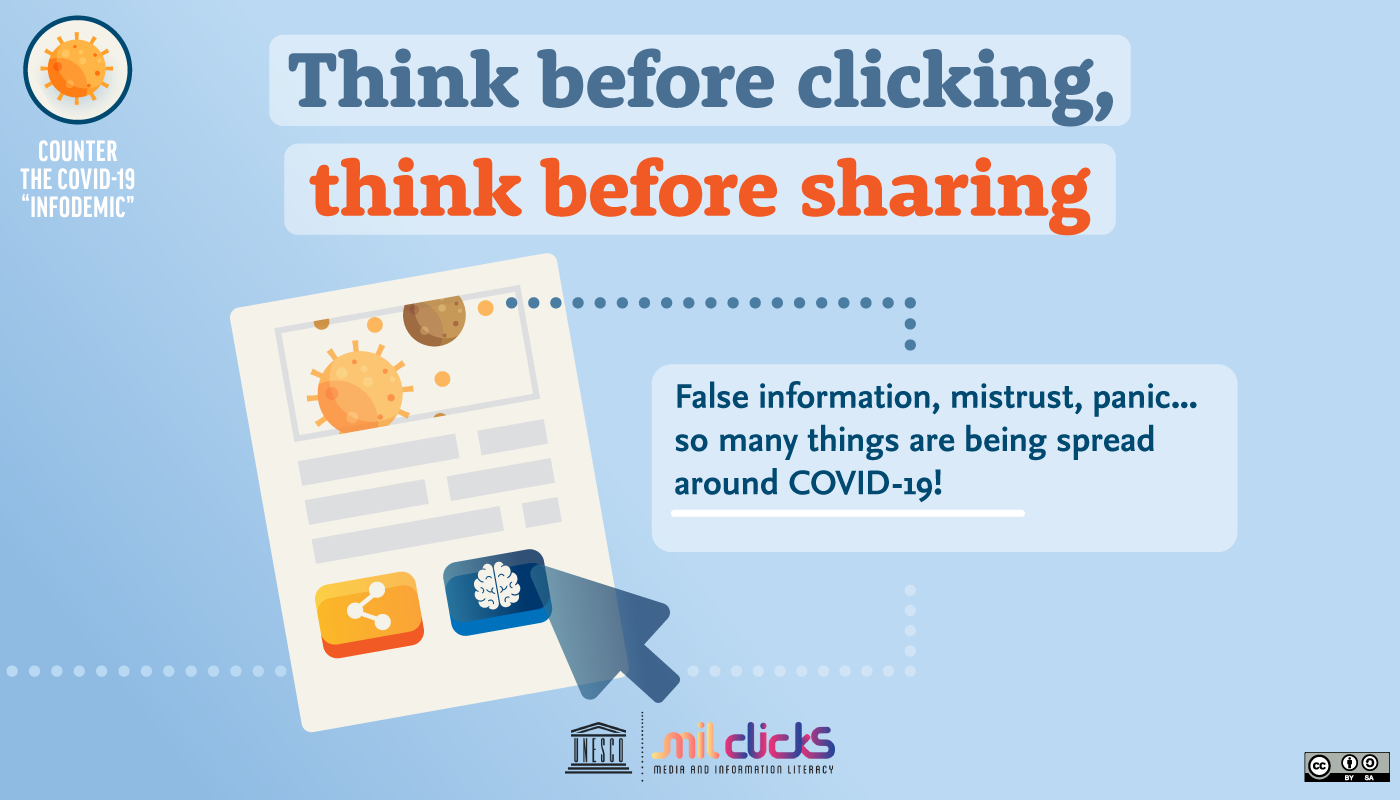 The coronavirus pandemic is the security scenario we were least prepared for. While nation states are responsible for security, they depend highly upon civilian resources and resilient populations. This is a test for civil-military cooperation and requires a comprehensive approach.

Just like the fall of the Berlin Wall and the collapse of the Soviet Union – and despite the warnings – we really did not see this coming. The possibility of a global pandemic has long been bandied around as hypothetical threat. But had health been seriously considered more broadly as a security issue, we might have thought more effectively about this scenario, and prepared for it differently.

Framing a pandemic as a security issue does not mean “it is time to panic,” nor that a pandemic should be equated to a war or a military issue. It is, however, definitely a security issue. As such, the pandemic requires clear heads and the best information possible, often in a situation of incomplete data. This crisis illustrates the complex nature of security, where multiple actors are involved and civilians are central to understanding the security picture.

Today, we are surrounded by incomplete information, misleading information, disinformation and, in fact, too much information (an “infodemic”). This overload of information and fake news targets people with a view to trigger actions and reactions which could contribute to potential destabilisation. Reduced trust and/or increased polarisation between people and their governments affects how populations respond to crises.

The coronavirus crisis provides insight into challenges that do not typically fall under militarised (use of force) security but could nevertheless destabilise, if not cripple, whole societies. It is an important test of “resilience” across society, as well as an opportunity to revisit how we define “resilience”.

The pandemic increases our understanding of security scenarios, including those associated with hybrid threats and hybrid warfare, where militaries or NATO are not the primary security actors. Yet, at the same time these actors need to be able to react proportionally, mitigate harm, and adjust thinking according to context. As part of ensuring national preparedness, it is important to evaluate the extent to which our understandings of resilience are realistic and/or need modification, and who is included in that process.

Article 3 of NATO’s founding treaty addresses resilience, with the expectation that each member country is able to resist and recover from a major shock such as a natural disaster, failure of critical infrastructure, or a hybrid or armed attack on the basis of “their individual and collective capacity”. Resilience is understood as “a society’s ability to resist and recover easily and quickly from such shocks and combines both civil preparedness and military capacity.”

Resilience reflects an ability to “bounce back” and tackle a crisis and/or threat, but also an ability to evolve or adapt to abrupt and potentially long-lasting change. Assumptions about resilience are evident in narratives about “returning back to normal” after the coronavirus crisis. Such assumptions do not take into account how changes themselves may become normalised over time, and how attitudes and behaviours – not least among citizens – change as a result. People expect governments to solve a crisis as soon as possible. But what if, like in the coronavirus crisis, that is not possible? Resilience in society may demand adjustments to “new” normals, including new perceptions of insecurity.

Examining the current pandemic is useful for reviewing our understanding of resilience as well as national and NATO preparedness for three reasons:

Threats to society today are increasingly generated through non-military or non-violent means. Rather than crossing borders with tanks or firing weapons, adversaries have found easier ways to create crises or conflict. Today’s strategy of choice for state and non-state actors is to use disinformation or cyberattacks to erode trust in authorities and foster societal and/or political unrest, for example, by undermining services and infrastructure, promoting extremism or violence, and exploiting existing politicised vulnerabilities from elections, to migration, to pandemics. Such destabilisation activities are often cheaper to conduct than armed attacks – they pose invisible threats, which are difficult to detect and trace, and to attribute to a specific adversary.

Though not necessarily an enemy in itself, disease is an invisible threat, which can be used politically and has recently been exploited for the purposes of misinformation, disinformation and infodemics. We need to understand how invisible threats – whether generated by human activity or natural causes – can be operationalised and, often unwittingly, amplified by average citizens.

Many of the invisible threats and attacks that lead to destabilisation are commonly referred to as “hybrid”. Evolving from earlier conceptions of hybrid warfare, which maintained a kinetic or lethal component, the increased use of information warfare and targeting of public opinion as well as cyberattacks on infrastructure became a core distinguishing feature by 2014.

Invisible, hybrid threats are a central feature of “grey zone” conflicts, a term that refers to the increasingly blurred distinction between peace and war, creating a “continuum of conflict”. War has always had an “end state.” The distinction between peace and war are far less clear now as disinformation and cyberattacks are continuous, rolling campaigns designed to disrupt and destablise, possibly without end. The grey zone encompasses measures that create destabilisation and conflict below the threshold of overt violence, including disruptive tactics such as disinformation, psychological operations and destabilising legal processes. Crisis and conflict are part of the same continuum of insecurity, where crisis is an earlier stage of instability and uncertainty before conflict that represents even greater, hostile instability, which can move from a non-violent to violent nature. Much of this continuum represents instabilities that are not strictly military in nature.

One of the largest challenges is that we do not adequately know how civilian populations will react and/or behave during a crisis. Our resilience baseline requirements are top down, that is, dependent upon state and alliance actors to implement, often making a default assumption that average civilians are passive elements in a crisis situation. However, lack of trust in authorities could lead to increased “self-help” solutions by individuals or groups of people based on false or misleading information. Thus, defence against disruption or destabilisation requires not only state-based measures, but also societal capacities.

Preparing for the complexity of invisible and hybrid threats requires a much more complex approach than for conventional warfare. It calls for a flexible balance and coordination between civil and military resources depending on the nature of the crisis. A comprehensive approach includes a large repertoire of non-military-centric responses, allowing for different constellations of actors according to the context.

Resilience is an important component in a comprehensive approach and civilian resilience (both institutional and within society itself) is crucial. Elisabeth Braw noted, at a 2018 NATO seminar on civil preparedness, that the civil-military relationship and particularly societal resilience is a part of modern deterrence. This entails an improved civilian situational awareness and a clear understanding of evolving relationships between civilian and military – but prioritises citizen leadership relying on trust between citizens and the authorities to work together and support each other in crisis. However, as Braw also noted, open and democratic societies can be extremely vulnerable to disinformation and polarisation of political views, which destabilises the social trust upon which cooperation relies, and reduces resilience capacities to adapt or “bounce back”.

Maintaining a well-educated and informed citizenry is essential for an effective comprehensive approach. Independent and transparent information/media outlets combined with rigorous, science-informed and socially responsible education programmes are crucial to in times of crisis. Some NATO member states, including Estonia and Germany, and partner countries such as Sweden and Finland, have issued guidance to their citizens in the form of brochures. Finland even starts its fight against fake news in primary schools.

Learning from the pandemic

Hostile actors are using disinformation about the pandemic to polarise views amongst civilians and generate selective distrust, as noted in a recent special report published by the European External Action Service. Selective distrust occurs when people pick and choose which guidelines, measures or authorities to heed, often on the basis of who they are or the politics they represent.

The ways citizens choose to act and react to disinformation say a lot about how successfully authorities, in cooperation with communities, establish security in society. It makes a difference to security when people express distrust in a unified response to a threat, for example by defying quarantine regulations, hoarding toilet paper or responding with anti-social bravado (‘I am not afraid of a disease’). Those countries that have higher levels of trust – regardless of political regime – have been more successful in combating the pandemic than those with lower trust levels.

Understanding threats, developing responses, and sharing insights with its member states and cooperating with partners (including the European Union) is a NATO task. Increasingly complex threats require complex solutions. It is clear from the current pandemic that to manage crises, we need to think critically about the role of comprehensive approaches involving multiple actors from governments to research, civil society, the private sector, militaries and police, and not least, citizens in their communities.

Starting with lessons learned from previous attempts, we need to redesign a comprehensive approach with current contexts in mind, learning from real-time coronavirus crisis data and building from the community/ground up. We need to map resources and strengths that already exist in communities including: developments in education programmes; the role of local civil-society organisation and short-notice capacities to recruit volunteers; availablility and reliability of local resources (transport, energy, communictions, food and water); status of municipal information and preparation measures; and how societal trust works at local, regional and national levels.

This bottom-up approach combined with the guidance of the baseline requirements for resilience will provide the groundwork to identify further initiatives or gaps to be addressed, including national crisis preparation initiatives supporting civilians, evaluation and preventative strengthening of essential social services (health, transportation, infrastructure) and extensive exercising with multiple civilian actors.

We need to seize the opportunity provided by the current pandemic to learn crucial lessons about trust, resilience, comprehensive approaches, and the complexities involved in creating and ensuring security in todays’s world of invisible threats.

The article was first published in NATO Review, 20 May 2020.