Is Freedom Just Another Word? 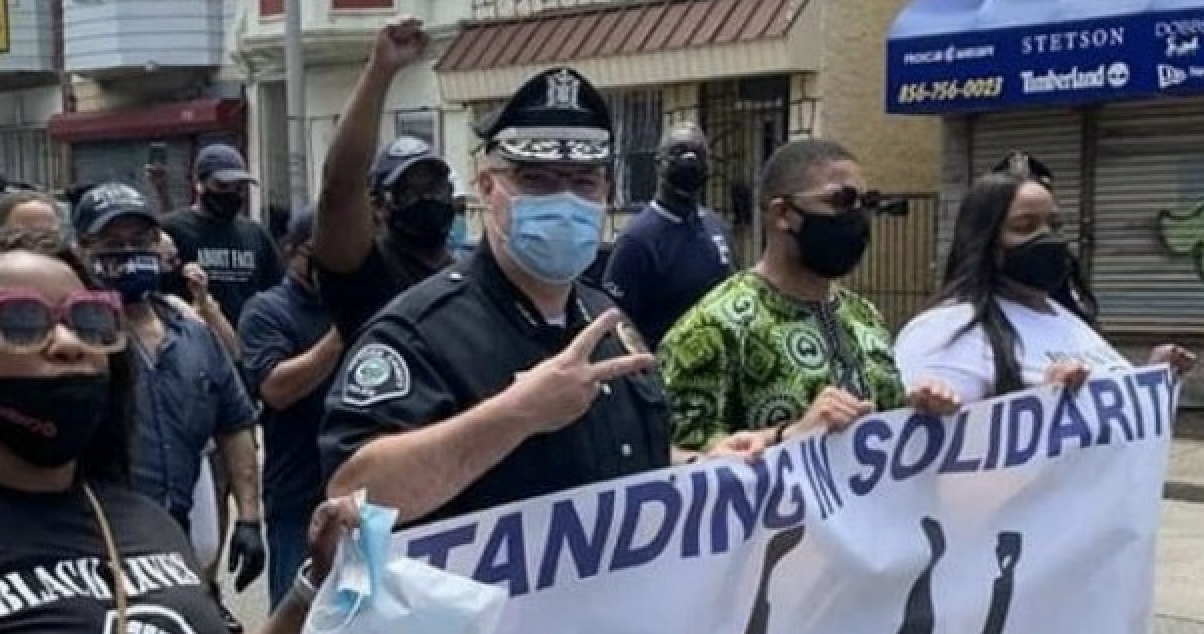 Whether freedom’s just another word depends on those who use or abuse it. It cannot be doled out to us; we must take it, and all that goes with it.

As editor of my high school newspaper, I interviewed our principal, Herbert Fliegner. Starting in the Hitler Youth, he was pressed, as a child soldier, to defend Berlin, then again involuntarily inducted into the Young Pioneers in the Soviet zone before escaping to West Germany. After he emigrated to the United States, the Army drafted him. Unlike most Americans, with conscription in three national armies, Mr. Fliegner experienced three modern forms of government — fascism, communism, and democracy.

During the discussion of freedom of expression, including inflammatory articles in our paper and spontaneous student protests, Mr. Fliegner peered at me over his spectacles. “Freedom is not license to just do what you want”, he said in his thick Teutonic accent. “With each and every right comes an equal and concomitant responsibility”, he paused. “When you fail to assume those responsibilities, sooner or later you will forfeit the rights that go with them.” Those words have stuck with me ever since.

Freedom, at least as a word, has had quite a bit of airplay lately. There was a “distorted discussion of freedom” in the hyper-politicization of the false choice between economic livelihood and personal and community safety, culminating in the imagery of beachcombers and partygoers massed in defiance of coronavirus social protocols.

In many ways, the fear-based stay-at-home messaging has worked too well, as British author Frank Furedi suggested in Spiked. “This is why so many people seem willing to accept such a grievous loss of freedom — because they want to be safe.” Especially since 9/11, the deification of safety and security has pervaded nearly every aspect of life to the point of dominating all other social values — played out in narratives that heroize those in the business of protection, from soldiers to police to health care professionals.

The barrages of bad news, political upheavals, and rapid-fire crises of late have accelerated an acculturated insecurity and its addiction to safety. All the made-up mayhem distracts from any sense of control over personal or community life, shoving us toward simple autocratic solutions for complex, collaborative problems. It tears the guiding threads of age-old norms in the fabric of civil society and our resilience to manipulation. “Control requires a willingness to attempt to manage and live with uncertainty”, Furedi pointed out. “Unfortunately, the capacity for dealing with uncertainty has been undermined by a culturally induced sense of helplessness.”

In the swirl of worldwide pandemic, telling others to “stay safe” has become a ritualistic twist of narrative — a way of reinforcing the widely held belief that we are constantly at risk, so we have to accept and do what we’re told. Except that more and more of us aren’t buying it.

The tension between freedom and security is nothing new. Security is among the most basic of human motives, as Abraham Maslow would attest. Alexander Hamilton warned that “even the ardent love of liberty will, after a time, give way to its dictates.

”Freedom, on the other hand, is an appeal to something much higher in the human condition, and thus much harder to gain and sustain. The struggle for liberty, not security, is the traditional default of America’s national operating software. Some have explained it in terms of “freedom” meaning different things to different people. Irbam X. Kenid recently posed in The Atlantic that this dichotomy in American culture lies in “reconciling the unreconcilable: individual freedom and community freedom”, or the freedom of the slaveholder versus the slave. One is the individual freedom to enslave, disenfranchise, exploit, impoverish, demean, and silence; whereas the other is the communal freedom from all these injustices.

“From the beginning of the American project, the powerful individual has been battling for his constitutional freedom to harm, and the vulnerable community has been battling for its constitutional freedom from harm. Both freedoms were inscribed into the U.S. Constitution, into the American psyche.” The current pandemic, Kenid further argues, is eviscerating “the very core of American existence: the slaveholder clamoring for his freedom to infect, and the enslaved clamoring for our freedom from infection.”

This is an interesting framing of the problem. In understanding freedom, however, it is also inadequate. What Kenid and others, including white supremacists, are really missing is the difference between freedom and privilege — another word for freedom without responsibility. Digital journalist Justin King, in his video essay, noted how “those who have focused solely on their rights and not on their responsibilities, their obligations to humanity and society… it just reeks of privilege.”

Privilege is the entitlement of a few to do anything without obligation; freedom is the right of all to do what they deem essential to their way of life — provided they respect the right of others to do likewise. The Golden Rule. When Amy Cooper, a self-professed liberal, threatened to call the cops on Christian Cooper in Central Park, she was exercising privilege, because she took no responsibility for the consequences of her action. Even “if you have the right to do anything”, King went on, “you also have shared responsibility for everything.” If you refuse the latter, then you can’t expect to have and hold the former — which is what Mr. Fliegner was talking about.

The pandemic has done its part to reinvigorate this core discussion of American identity. The murder of George Floyd in broad daylight by an officer of the law has triggered what retired Admiral Mike Mullen called “an inflection point” on whether all or some are eligible to enjoy the blessings of liberty. Beyond the conflict between the better and lesser angels of our nature, freedom vs. privilege has been the root question since the founders forged a Republic out of a compromise with the demons of racism for the sake of national unity.

Now, for the very same reason, we must exorcise them.

“The hate epidemic is far more destructive to our well-being and survival than the COVID-19 pandemic could ever be”, social scientist Renu Persaud pointed out. “There is no treatment for the malaise of racial inequality. The treatment depends on our pre-existing potential for compassion.” Freedom, however, requires more than empathy.

“Historically, the virtue of courage was regarded as the most effective antidote to fear. Western society still holds courage in high regard”, Faredi reminded us. “As the philosopher Hannah Arendt explained, courage not only provides society with hope — it also underwrites society’s capacity to exercise freedom.” Moral or civil courage — the willingness to walk what we talk — is the responsibility of the many and not just the few.

In today’s post-truth psycho-system, its pursuit is especially arduous. “In everyday life we have become so estranged from it that we do very little to cultivate it”, Faredi observed. “In effect, the ideal of courage has been downsized, reduced to just another instrument in a self-help toolkit.” The same goes for moral consciousness, which the American theologian Thomas Merton called “the soul of freedom” in No Man Is an Island. “Without conscience, freedom never knows what to do with itself.” This is why rights cannot exist without responsibilities.

The struggle we now face is what retired Marine general and former defense secretary James Mattis called, in his rebuke of Donald Trump, “a wholesome and unifying demand — one that all of us should be able to get behind. We can come through this trying time stronger, and with a renewed sense of purpose and respect for one another. The pandemic has shown us that it is not only our troops who are willing to offer the ultimate sacrifice for the safety of the community. Americans in hospitals, grocery stores, post offices, and elsewhere have put their lives on the line in order to serve their fellow citizens and their country. We must summon that unity to surmount this crisis — confident that we are better than our politics.”

The question of whether there should be “new birth of freedom,” as Lincoln called it, has already been answered. The question is whether we can recognize the call to action of our time and assume its inherent responsibilities, to each other as well as ourselves. “If you want change in America, go and register to vote. That is the change we need in this country”, Atlanta mayor Keisha Lance Bottoms implored her fellow citizens.

Freedom, indeed, is not free. This generational call to join the march of inclusiveness in the American journey to form a more perfect Union requires far more than social media posts or the cleverest memes or slogans. That journey entails a marathon, not a sprint. Nor is its outcome a given. Whether freedom’s just another word depends on those who use or abuse it. It cannot be doled out to us; we must take it, and all that goes with it.

“Just remember, this country was founded on protest: it is called the American Revolution, and every step of progress in this country, every expansion of freedom, every expression of our deepest ideals has been won through efforts that made the status quo uncomfortable”, former president Obama reminded younger Americans in a virtual town meeting. “And we should all be thankful for folks who are willing, in a peaceful, disciplined way, to be out there making a difference.” In other words, freedom, like democracy itself, grows from the ground up.

There is a reason why demonstrations for racial justice in America are taking place in nearly 20 other countries as well as 50 states. If the experiment in self-governance fails over here, it will likely fail over there. What Hong Kongese are doing is inspiring, a reminder of how freedom cannot come cheaply. We owe them — and ourselves — the same display of compassion, courage, conscientiousness, and commitment. “Only by adopting a new path — which means, in truth, returning to the original path of our founding ideals — will we again be a country admired and respected at home and abroad”, Mattis concluded.

“Follow your bliss”, the American mythologist Joseph Campbell advised his students; but bliss, like freedom, is not just doing what you want. It’s doing what you know is right, as an individual, as you find your place in the world. It’s taking responsibility for the destiny that calls you to a higher purpose than self-preservation.

This blog post was first published at Medium, 5 June 2020.