China’s Emerging Strategies in the Arctic 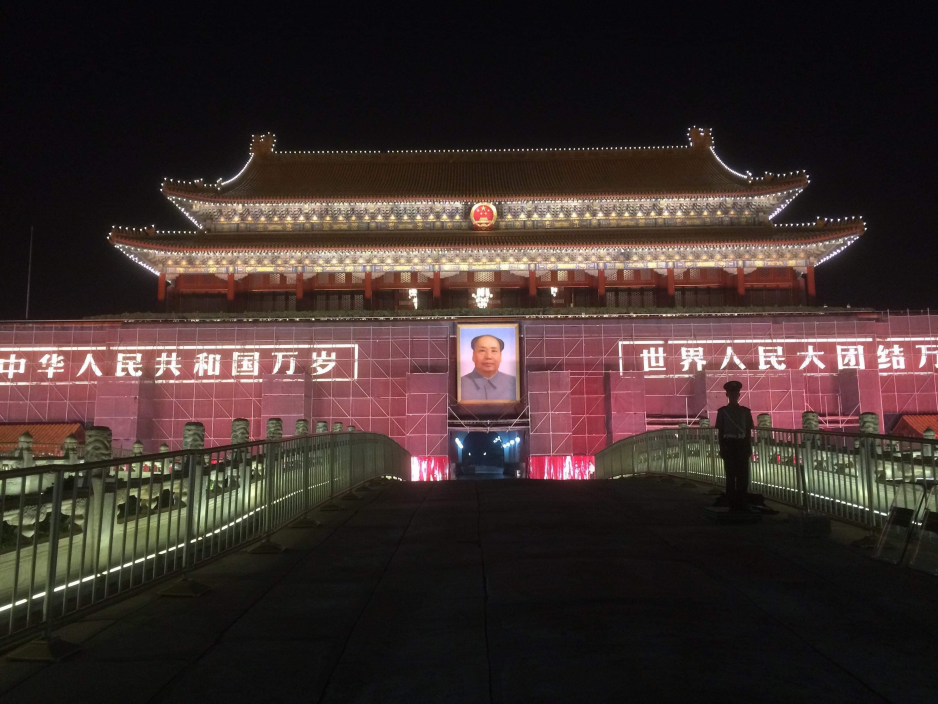 China is the largest non-Arctic state with a developing polar policy, and the biggest country with observer status on the Arctic Council. Photo: Marc Lanteigne (UiT - The Arctic University of Norway)

To date, China’s conservative approach to developing an Arctic strategy has been successful, as the country is now widely viewed as a significant Arctic player after only a few short years of intensive regional engagement.

As the largest non-Arctic state with a developing polar policy, and the biggest country with observer status on the Arctic Council, China has sought to tread carefully in engaging the region, in particular by underscoring the country’s potential as a partner in scientific, economic and political developments in the circumpolar north. However, over the past five years, China’s approach to the Arctic has shifted significantly from a focus centred on science diplomacy, including seeking to better understand how extreme northern climate change may affect conditions in China itself, to a more multifaceted approach with a more pronounced enthusiasm for the economic potential in the Arctic, especially in the areas of shipping and resource extraction.

Russia has been the biggest beneficiary by far of Beijing’s Arctic investment, as illustrated by the degree of Chinese financial support for oil and liquified natural gas (LNG) enterprises in the Russian Arctic, including the Yamal LNG project in Siberia and other states are also anticipating benefits from China’s emergence as an Arctic economic power. The government of Finland has been discussing the possibility of China-backed Arctic railways and an internet cable stretching from Asia to Europe via the Arctic Ocean. Iceland has a free trade agreement with Beijing, and Norway is hoping to have a similar deal in place by the end of this year. China-based mining interests are active in Greenland, with the possibility of Chinese energy firms vying for onshore oil and gas exploration on the island in the coming years. In addition, Chinese shipping interests are paying close attention to the emergence of polar routes as shortcuts between Asia, Europe and North America. Thus, a priority for Beijing in the Arctic is to ensure a stable economic presence as the region opens up to further development.

China has been wary of elucidating a security agenda in the Arctic for a variety of reasons. Unlike the United States and Russia, China has no Arctic territory and compared to the other two great powers, as well as several Western European states, Beijing has a much shorter history in the Arctic. Second, with the expansion of China’s strategic interests in other parts of the world, including the Indo-Pacific region, Africa and Central Asia, Beijing has experienced a proportionately greater level of scrutiny compared with other Asian governments with developed Arctic policy agendas, such as Japan and South Korea. Therefore, China is concerned about being perceived, especially by the ‘Arctic Eight’ governments, as being a spoiler or a revisionist power in the region. Third, Beijing has made much greater gains in its Arctic diplomacy by distinguishing itself as a proponent of Arctic development, and therefore wants to avoid any tarnishing of that identity. Finally, the cost / benefit calculations for China to add a ‘hard security’ element to its Arctic policies are not worthwhile, and in fact a push for the militarization of the Arctic from any direction would not serve Chinese interests.

However, to say that China’s expanding Arctic policies do not envision security components at all would be overstating the case, especially since signs are appearing that the Arctic, while still on the periphery of Chinese foreign policy, is nonetheless assuming a greater priority. The main reason for this has been the recent confirmation that the Arctic Ocean was going to be added to the expanding checkerboard of Chinese trade linkages which comprise the Belt and Road initiative (一带一路 yidai yilu), or BRI. Until two years ago, it was assumed this was not to be the case, at least in the short term given China’s focus on other components, especially the African, Indian Ocean and Western European wings of the initiative. Yet in June 2017, the Arctic was identified in an official government document as a ‘blue economic passage’ (lanse jingji tongdao蓝色经济通道) vital to Beijing’s future economic interests. In January 2018, Beijing released its long-anticipated first official White Paper on its Arctic policy, which further confirmed the inclusion of the region into the BRI as well as articulating growing Chinese interests in joint economic partnerships of various types with Arctic governments.

Given Chinese interests in monitoring and protecting BRI assets, including by investing in ports along strategic trade routes and opening its first overseas military logistics base at Doraleh in Djibouti in 2017, there is the question of whether China would seek to co-develop strategic ports along Arctic sea lanes, especially the Northern Sea Route off of Siberia. Despite preliminary talks about potential Chinese investment in ports such as at Arkhangelsk, Russia and Kirkenes, Norway, little in the way of definitive plans have appeared so far. The 2018 White Paper, while stressing Chinese support for the peaceful use of the Arctic and cooperation in non-military security areas including emergency responses, search and rescue and emergency responses, also noted that non-Arctic states such as China did have rights to economic activities including resource exploitation, in accordance with international law including the United Nations Convention on the Law of the Sea (UNCLOS). Therefore, as China begins to invest more significantly in the Arctic, economic security will likely factor into Beijing’s political concerns in the region.

The case of Greenland may be another emerging example of strategic overtones of Chinese economic diplomacy in the Arctic. In addition to Chinese investment in potential Greenlandic mining sites, with the most prominent being the Kvanefjeld site where mining of rare earth elements and uranium is being planned via a joint venture between an Australian and a Chinese partnership, there was an attempt by a Chinese construction firm in 2018 to bid on a contract for the expansion of airports on the island. The bid, which caused much consternation in Denmark over fears of growing Chinese economic power in Greenland, prompted the Danish government of Prime Minister Lars Løkke Rasmussen to intervene in September of last year, and to strike a separate deal with Nuuk to upgrade the airports. This move, which caused dissension in the Greenlandic government over questions of Danish government overreach, was also supported by the United States, which shares concerns about the expansion of Chinese economic interests on the island. The US military continues to maintain its air force base at Thule, a site rising in importance given heightened fears of Russian military activity in the Nordic Arctic region. Under the terms of the 2009 Self Rule Agreement between Copenhagen and Nuuk, economic affairs were transferred to the Government of Greenland, but growing Chinese interest in Greenlandic investments has prompted Denmark to ‘securitise’ the question of expanded Sino-Greenland economic links.

Another recent announcement by the Chinese government which may affect Arctic security was the statement made early last year by Beijing that it was seeking to build a nuclear-powered icebreaker to complement its current cohort of two diesel-powered icebreaking vessels, namely the Snow Dragon (Xuelong 雪龙) and its recently-launched indigenously built sibling, the Snow Dragon II (Xuelong 2 雪龙 2). As Russia is currently the only country which operates nuclear powered icebreakers, the announcement of such a Chinese vessel led to initial speculation that there would be some sort of technology transfer agreement. However, it was clarified in March of this year that only Chinese firms would be allowed to issue bids for the ship’s design. Nonetheless, the news was met with questions as to whether the technology for a nuclear-powered icebreaker could be transferred to aircraft carriers for the Chinese navy.

Attention from the US

In recent months, China’s expanding Arctic interests have attracted the attention of the United States as well as shining a spotlight on the current deficiencies of American Arctic policy. At present, the US has only two functional icebreakers, both of which are aging, and compared with the Barack Obama administration, the Donald Trump government has showed little interest in Arctic affairs save for an ill-fated attempt to overturn previous bans on Arctic oil and gas drilling. As well, the Trump government has made little secret of its policies of climate change denial and that position has contributed to a lack of interest in Arctic environmental affairs. This ‘hands-off’ stance may be shifting, at least partially, due to China’s own advances in the region. Earlier this year, it was confirmed that the US government would be drafting a revised policy paper on Arctic strategy, and that China would feature prominently in the document, especially in regards to Sino-Russia cooperation in the development of the Northern Sea Route. In February this year, US Secretary of State Mike Pompeo announced in Reykjavík that the United States would be refocusing on the Arctic, and he subsequently announced that he would be attending the upcoming Arctic Council Ministerial meeting in May partially to address concerns about China’s Arctic developments.

Despite growing US resolve to better balance China in the Arctic, the Trump government may find it difficult to find other supporters of a harder line approach amongst many of its Arctic neighbours. For example, many Nordic states are open to the possibility of Chinese support for Arctic communication and transportation links between Asia and Europe, and Iceland’s President, Guðni Th. Jóhannesson, suggested during remarks at the ‘Territory of Dialogue’ Arctic forum in St. Petersburg this month that Beijing could play a role in the development of regional corridors. Even Canada, which since December of last year has faced a diplomatic crisis with China over the arrest of Huawei executive Meng Wanzhou in Vancouver, is currently debating the possibility of more closely engaging Beijing on mutual Arctic interests, perhaps taking a page from Norway, which was also able to frequently engage China on Arctic issues despite a six-year diplomatic freeze following the Nobel Prize incident in 2010.

To date, China’s conservative approach to developing an Arctic strategy has been successful, as the country is now widely viewed as a significant Arctic player after only a few short years of intensive regional engagement. At present, Beijing is content to rely on its scientific interests and growing economic partnerships to support its Arctic policies. Yet, as the number of Chinese-backed development projects in the Arctic grows, so too might the need for Beijing to better demonstrate its strategic commitment to the far north. The questions therefore will concern the direction of such a change in policy, and the subsequent reactions of the Arctic governments, most crucially those of the United States and Russia.

The article was first published in High North News, 19.04.19. A Norwegian version is also available here.